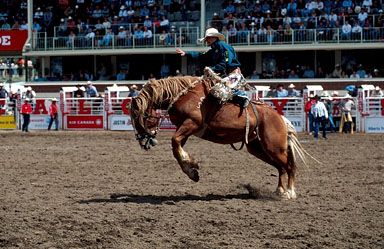 “The gains were supported from the economic growth in the region,” Lurie says. “Last year, Alberta led the country in economic growth and – with Calgary being the energy capital of the country – the city has benefited from growth in full-time employment, migration and overall improved confidence.”

Year-to-date City of Calgary sales totaled 13,684, a 16.5-per-cent increase over the same time in 2011. Other sectors within the city limits have also recorded significant growth. The single-family market recorded the largest gains at 18.9 per cent, while the condominium apartment posted a 9.4-per-cent rise year-to-date.

“The housing growth positions us with sales activity that is more consistent with long-term trends, of which we significantly fell short of since the recession,” says Bob Jablonski, President of CREB®. “Consumers have been cautious of the housing market coming out of the recession, but housing sales have improved considerably, driven by home prices that are still below peak, favourable interest rates and bullish forecasts on the local economy,.”

Consumers have delayed adding listings to the market, and, as a result, there are 7.5 per cent fewer single family listings and 3.1 per cent fewer condominium apartment listings, compared to this July 2011. July sales activity showed seasonal slowing over June’s level, providing some relief on the balance between supply and demand. Citywide months of supply trended upwards towards 3 months.

With tighter mortgage rules and tighter supply, consumers planning on “moving up” may be forced to revaluate what is within their budget. This may cause some homeowners to delay listing their homes, contributing to the diminished number of listings. However, if supply levels remain low, this will encourage consumers to turn toward the new home market.

Lower inventory, combined with increased sales, has resulted in stronger-than-anticipated price gains. The single family benchmark price reached $432,400 in July, a 7.8-per-cent increase over 2011, but on average only 5 per cent higher on a year-to-date basis. The increase in price has narrowed the variance from the peak of the market, but a 4-per-cent price gap remains.

Both the condominium apartment and townhouse market recorded year-over-year benchmark price gains of 2 per cent in July, for respective prices of $247,600 and $277,400.

“While the economic risks continue to weigh on the market, many consumers continue to see employment opportunities in the city,” says Lurie. “They have a better sense of job security and are taking advantage of a stable housing market.”

Demand for homes remains high with record sales in April
May 3, 2021

This site uses Akismet to reduce spam. Learn how your comment data is processed.